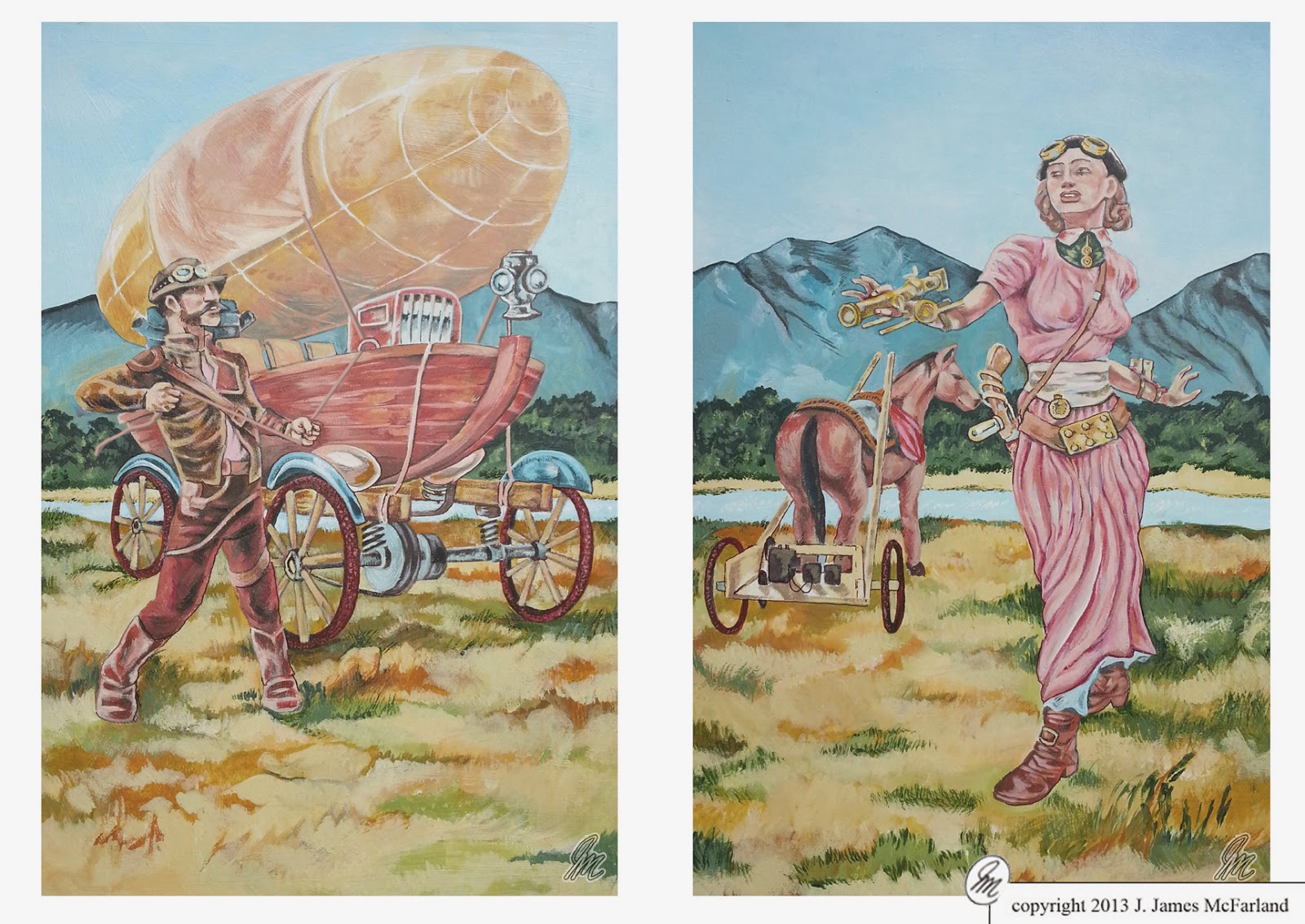 There's a brief story behind these paintings.

A month and a half back, or so, I was invited to take part in a "Ghost Hunt" with a crew of investigators such as you would see on tv.  It was from midnight to six am in a building which has been legendarily considered haunted for some time.  This was not a public event, and while they did have recording and EMF equipment, it was not filmed.

It ended up being really freaky by the end, and immediately after leaving there I started telling my painting friends from last summer all about how I was going to try and capture it in a painting.

Surreptitiously, that same week I was approached about making some new art for a Steampunk Art Exhibit in a nearby art gallery, based off (I assume) this piece on my portfolio.

Now, the ghost experience made me want to do dark, spooky pieces, however the history of the ghosts is reputedly tied up in the 1850s history of flooding and death from the gold and settler rushes of the Upper Platte River Valley.  I ride my bike down the Platte River a lot, it's not big but it is pretty.

These factors all came together in a mash up of my ideas for this piece... it was the concept of Steampunk Settlers on the Platte River, with a dirigible boat wagon for both scouting, and also emergency survival, and the horse which charges the batteries for the wagon.  The woman is viewing the landscape (and those lovely blue mountains) through her viewscope, and yes, she's armed with a lightbulb gun.