Kwinn is an interesting early 80's character.  His first appearance was in GiJoe #2 by Larry Hama, and after a half dozen appearances in the early issues of that comic, he met his final fate.

In years since, he has gone on to become a cult classic of monumental proportions.

He was originally based on the Hollywood actor Anthony Quinn, especially the character he portrayed in The Savage Innocents.  This is a work in progress, as I continue to pick it up and work on it in between more prominent jobs. 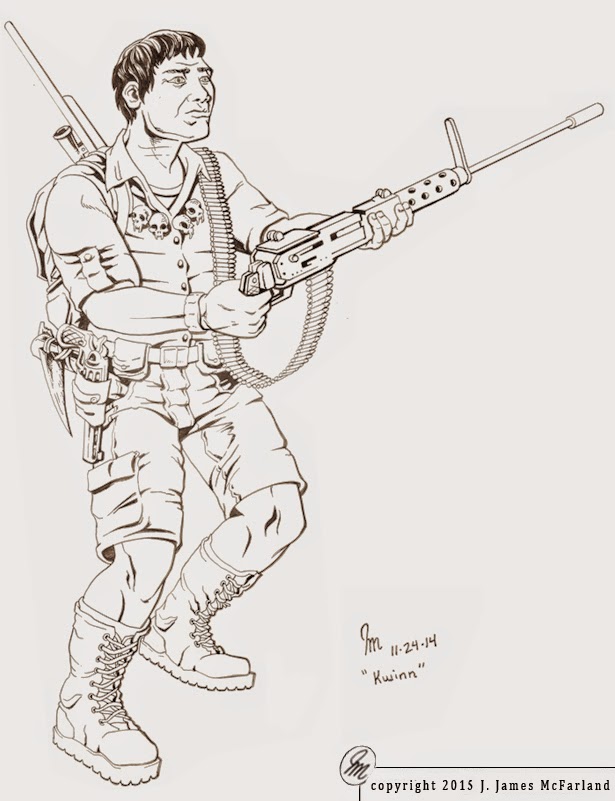