This is a print I created last con season.  It was received very strongly by attendees at the shows I attended, and now I would like to offer it as a print online.

This print shows the wide variety of soldiers which Cobra has employed over the years in their pursuit of total control of the world's people, wealth and resources, brought about by revolution and chaos. These are the most dangerous men alive.

The characters depicted are from the "bullet catcher" ranks of Cobra... the Troopers, the Vipers, and the vehicle driving specialists. They are the endless hordes of Cobra, as loyal as they are ruthless.

The image is printed on matte cardstock, and you can purchase it here for just $12.99:
https://www.etsy.com/listing/123585256/gi-joe-cobra-assemble 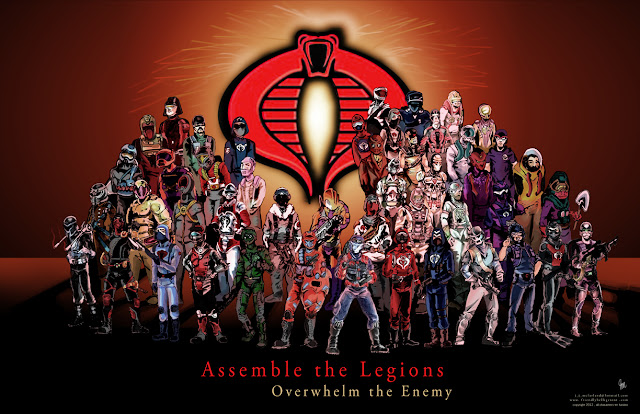