Here's a small part of an upcoming poster I'm planning to show off (and hopefully sell the pants off of) at Emerald City in March.  Recently I was pushed back into doing some Turtle imagery and so I decided to just jump right in with both feet.

Splinter is the old mentor of the boys, and is generally depicted as maybe a little slow or crotchety.  This is intended to showcase him with a more sprightly, impressive set of abilities.  In the finished piece, he will be training the new "young hot and spunky" April, with the boys looking on in the background.

I've always really enjoyed depicting common pop culture characters in situations which would be natural, but throw a little more "a day in the life" type feel to them. 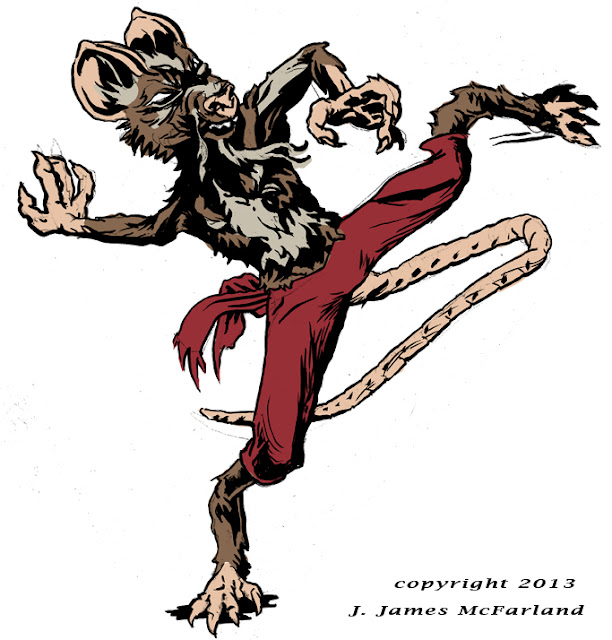