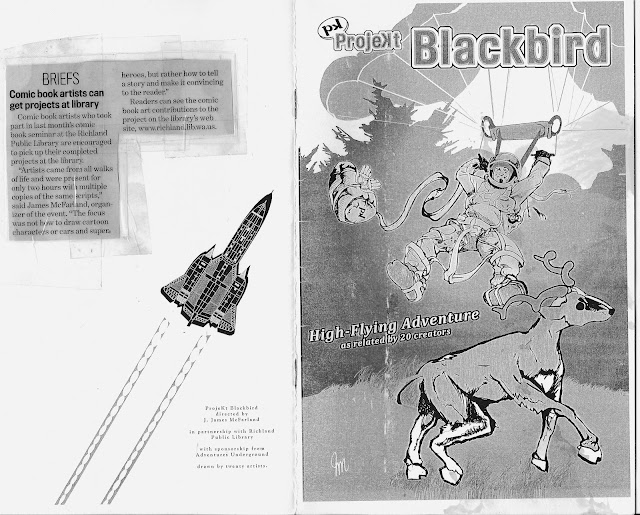 Projekt Blackbird was a unique story.

The cover is the scene out of a true story, an Air Force pilot who survives the explosion of an SR-71 during the Cold War.

The scene was my favorite part of the story, what the pilot is seeing as he comes crashing down to Earth from basically outer space, unconscious most of the way.  The actual comic inside is a collaborative effort by 20 artists, mostly kids with a few teenagers and one adult, and was drawn over 2 hours as part of an instructional class I taught. 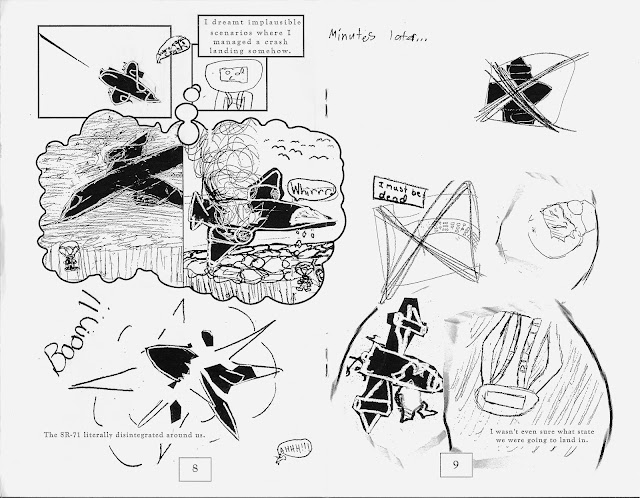 It's pretty fun, and one of my favorite things I have produced.  The editing chores were some of the hardest and most time consuming things which I ever had to do.  It is also probably the most misunderstood final products I have ever created, and that is saying something!  I'm not sure that anyone has ever liked it or been able to sit through reading it EVER.

Oh, well.  The audience and contributors had a good time and all told me they learned something.  That is all you can hope for.  You can read it online at http://www.politikcomic.com/Blackbird.pdf and it's online elsewhere too, you might enjoy it if you "understand" young people art.

It has been my long term desire to interview the pilot, whom I have confirmed is actually still alive via an Air Force social network.  Maybe one day.