That is where I am right now.

At this point, every ongoing project which is currently active
is either completed or one sitting away from completed.

Every one.  My brain is not on fire, it is tired.
Today is the first day of autumn on my calendar.

This weekend was the 24 Hour Comics Challenge.  It was hosted again by the most awesome Adventures Underground.  There were fewer people this year than prior years, but a lot of people
stopped by to hang out for a while.  A veteran of the Spokane 24 Hour events Jesse Acosta
jammed out for a while with us, and produced a lot of material for his own projects.

Recurring local veterans Ellen Kramer and Oliver Poesenauer showed up, and a lot of people I didn't get to meet.  A happy couple were there together drawing forever too, and a local graphic designer named James brought his time delay camera so maybe those will be fun shots to see some time.

My goal from early on was to focus on drawing full pages fast, but being careful and detailed and
not trying to hit under an hour a page as with previous years.  The plan as it progressed was working
out well.  Fatigue set in and the lack of any music...

At one point I had planned to leave for a few hours and go draw at another location
but I didn't, and I believe this narrative could have used a little input from there.

Each page is finished but for the head I was drawing of the main character when I decided to punch out.  So I'm at 15 hours in, with 13 pages done, which is really about at the NORMAL rate I make pages.  If you look at my older 24 Hour Comics such as This, This, or This, you can see where I cut the fat a little to make up lost time.   I didn't want to do that this year.  I wanted solid, reproducible impressive artwork that I could be proud of, with no "24 Hour Hurry Up Faces" in the crowd.

The final two pages I will show were dream sequence stories which I had invented into my story for
earlier on in it to add cheap fast "inventory" shots into the narrative to speed up production.  So on some level I was fighting with myself to actually make pages I really, really was proud of and also
fighting to make 24 pages before leaving.  While the art which came from those two pages was okay,
it was really an unnecessary and difficult departure from the story which I had intended.

This week I will be finishing this story at 24 pages of quality, and go back and touch them up,
and then will put it up online at PolitikComic.com after which I will go back to the narrative in the
currently online comic Homeland and touch it up as well.  These are actually the same story although it probably doesn't look like it.

Here is the cover and one page from the story. 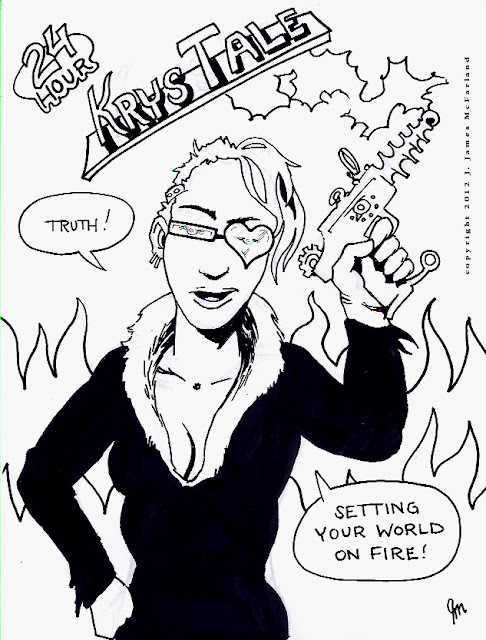 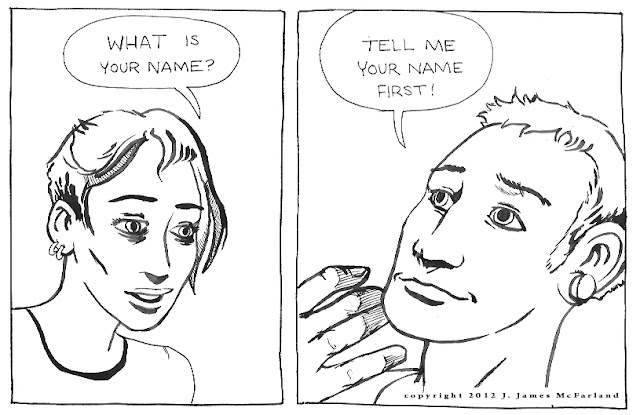 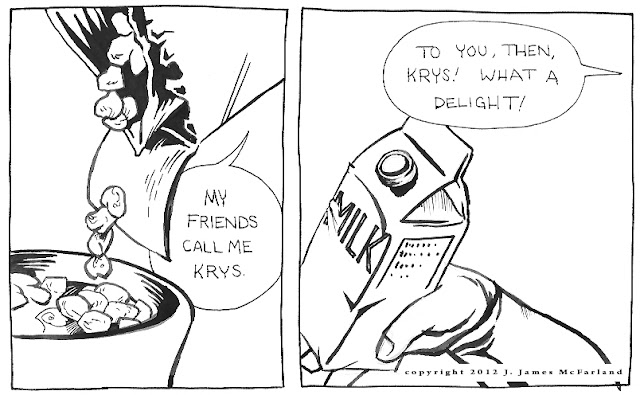