Now, I'm not an avid gamer, to say the least.  It's likely that I own at least 15 videogames which I've never even played before, I tend to keep busy and they are just too much commitment.

That said, man alive I love Legend of Zelda.  Don't know what it is about it, whether it's the charming music or the welcoming familiarity of the landscapes and creatures.  There's a lot of nostalgia there.

It took me over two years to finally work my way through Twilight Princess, but the final showdown between "GOOD!" and "EVIL!" was pretty great.  I was so buzzed up after the extensive, satisfying conclusion the other night as to race to my drafting table and replay the fight in my head and on paper.

This might end up being a surprise print which I wasn't planning on.  It's pretty organic, I did no thumbnails, just launched right into it.  Here are a few close ups of the sketch.

Ganon is really John Romita Jr. -ish, and I don't think it's me, I just think it's somehow inherent in the character design.

This piece is 11x17" and I expect to spend some more time with it as my commission schedule allows. 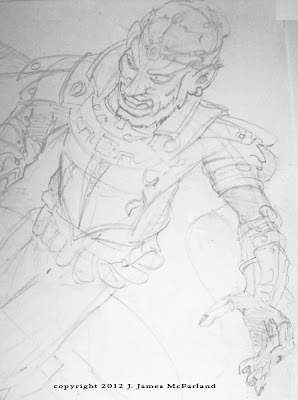 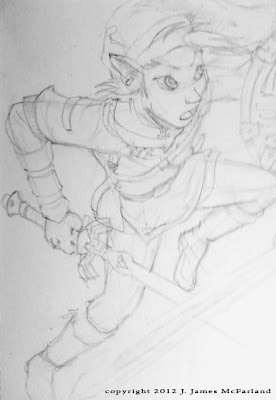